Login
Back to Listing 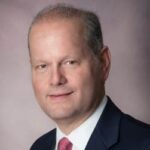 Ken met with a client whose credit appeared to be exceptional. With interest rates at historic lows, the client wanted to refinance their mortgage. When Ken pulled his client’s credit score, they were both perplexed that it was 699 – relatively low given their overall credit standing. The client couldn’t figure out the reason their score wasn’t higher.

Using CreditXpert® What-If Simulator™, Ken discovered the answer: a recent $55 medical collection on the client’s report. After Ken tested different ways to address the collection, CreditXpert What-If Simulator forecasted that his client’s credit score could experience a significant increase if they followed specific steps. Ken instructed his client to reach out to the collection agency and ask if they would be willing to remove the record in exchange for settlement. The key was to make sure the record was deleted, as simply updating the balance to $0 would not help. The client followed through.

Once the record was removed, the credit score jumped up 100 points to 799. With that, the client was able to refinance at a much better rate than they would have gotten with the lower credit score.

Rod’s client was eager to secure a loan for a vacation home. When Rod pulled the credit report, he noticed that the score was 698 – 18 points less than what his client saw on a free credit score site.