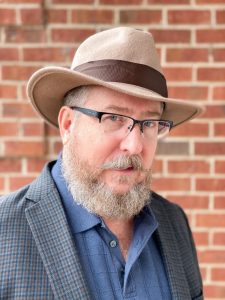 CreditXpert® What-If Simulator™ helps a customer-focused team tackle a challenging loan to open the door to a first home.

Warren Alcorn, branch manager and team lead of Alcorn Mortgage Team at TruLoan Mortgage in Athens, Georgia and 28-year mortgage industry veteran, had a client who wanted to buy his first home. The client had an initial middle FICO score of 575, but Warren knew he would need at least a 580 for minimal FHA eligibility, higher if there were hopes for an automated underwriting approval.

The team got to work, starting with thoroughly interviewing the client: What funds did he have available to address credit needs? Can he afford to pay down balances? Would he be willing to satisfy a collection if Warren’s team guided him through the process and secured a deletion of the related credit item from his report? Once the client was on board with the strategy, Warren turned to CreditXpert’s solutions – which he’d been trusting with his borrowers’ credit scores since the early 2000s. Using CreditXpert What-If Simulator, Warren saw that if this borrower made a few modest balance paydowns, he would achieve the initial score target of 580.

However, a greater likelihood of approval and better terms could be attained by reaching one of the higher FHA thresholds of 620…or even 640. The team ran additional simulations with CreditXpert What-If Simulator to see if they could make this a reality. Their analysis indicated 620 was a reasonable objective, while 640 was a greater stretch. Warren shared the plan with his client, clearly detailing the actions required for success.

The borrower made the suggested paydowns. Then he and Warren went to work on the taller tasks prescribed by CreditXpert® What-If Simulator™. In only 57 days, his mid-score reached 647 – higher than the target. In fact, one bureau score rose 42 points (TransUnion); another increased 81 points (Experian). The higher score meant the borrower received an automated underwriting approval. As well, the borrower’s interest rate decreased by 0.25% and his cash to close went down by approximately $800 (with a lender credit). The client happily closed on his home purchase soon afterward.

According to Warren, “There’s rarely any competition for a loan that starts like this, but we see that as an opportunity. We stand apart from other lenders by offering effective counseling and remediation to our borrowers to get past credit challenges. A key tool in our toolbox is CreditXpert.”

“It’s clear the Alcorn Mortgage Team’s philosophy is to always ensure no borrower is left on their own to resolve credit issues. They really work as a team alongside each person,” said Tim McQuillan of CreditXpert. “CreditXpert’s solutions fit that philosophy, giving teams like theirs the right tools to get the optimal result for every client, every time.”

Now, not every mortgage program requires ‘great’ credit. That much is true. However, a higher credit score means lower interest rates and better terms which means a more affordable mortgage. In today’s economy, you need to do everything possible to keep your interest rate down.