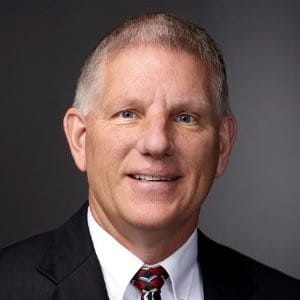 A mortgage loan officer beats the competition, using CreditXpert® to help borrower improve score, get a better rate and save money.

A mortgage loan originator, Scott Jongsma with ChoiceOne Bank in Michigan, began working with a young newlywed couple referred to him by their real-estate agent, a longtime referral source. The agent had helped the couple put in the offer on their first house and, with a mid-score of 717, they had all they needed to secure a loan. But when the couple sought out another offer from a competitor, though, Scott feared he’d lose the deal.

Scott met with the buyers to discuss the other offer. The other lender offered a similar rate, but with slightly lower closing costs. Scott told the couple he could potentially improve the rate if they could work together to improve one of the borrower’s credit score over 720 on one bureau.

Scott used CreditXpert software to build a credit improvement plan for the couple. He saw that they might improve the score if one of them paid off a $600 student loan. The timeframe was tight – the borrower needed to pay off the loan, obtain proof of the payoff and update the information quickly. With the plan, Scott was able to explain exactly what the borrower needed to do to be successful.

The borrower successfully paid off the student loan in time, resulting in a 12-point increase in the credit score, taking it over 720. The higher score helped the couple get a better rate – 1/8 of a percent lower than the previous offer – and Scott was able to close the loan at the new rate.

Later, the new homeowners reached out to Scott. They thanked him for the extra effort he took to explain the action needed to improve the credit score and qualify for a better loan. The couple specifically mentioned how useful Scott’s use of CreditXpert software was to their success.

“Referral sources are a main source of business for lenders,” says Tim McQuillan of CreditXpert. “With CreditXpert, loan officers can help clients improve their credit scores to qualify for the best rate possible, even if they aren’t credit experts. That delights borrowers and referral sources – and leads to more referrals in the future.”

Sheri Kagimoto, a mortgage loan originator at Aligned Mortgage Hawaii of Waipio, Oahu, was working with a client who was eager to purchase a property.

Warren Alcorn, branch manager and team lead of Alcorn Mortgage Team at TruLoan Mortgage in Athens, Georgia and 28-year mortgage industry veteran, had a client who wanted to buy his first home.